Total Green Recycling has welcomed a new member into the team. Say hello to our new Optical Colour Sorter.

The purpose of the Optical Sorter is to capture the copper wire and circuit boards that would otherwise end up in our plastic stream. With the current plastic export ban in place, a lot of e-waste plastic ends up in landfill, until a suitable on-shore plastic recycling option is available. The Optical Sorter allows us to recover more valuable material and keep it out of landfill. 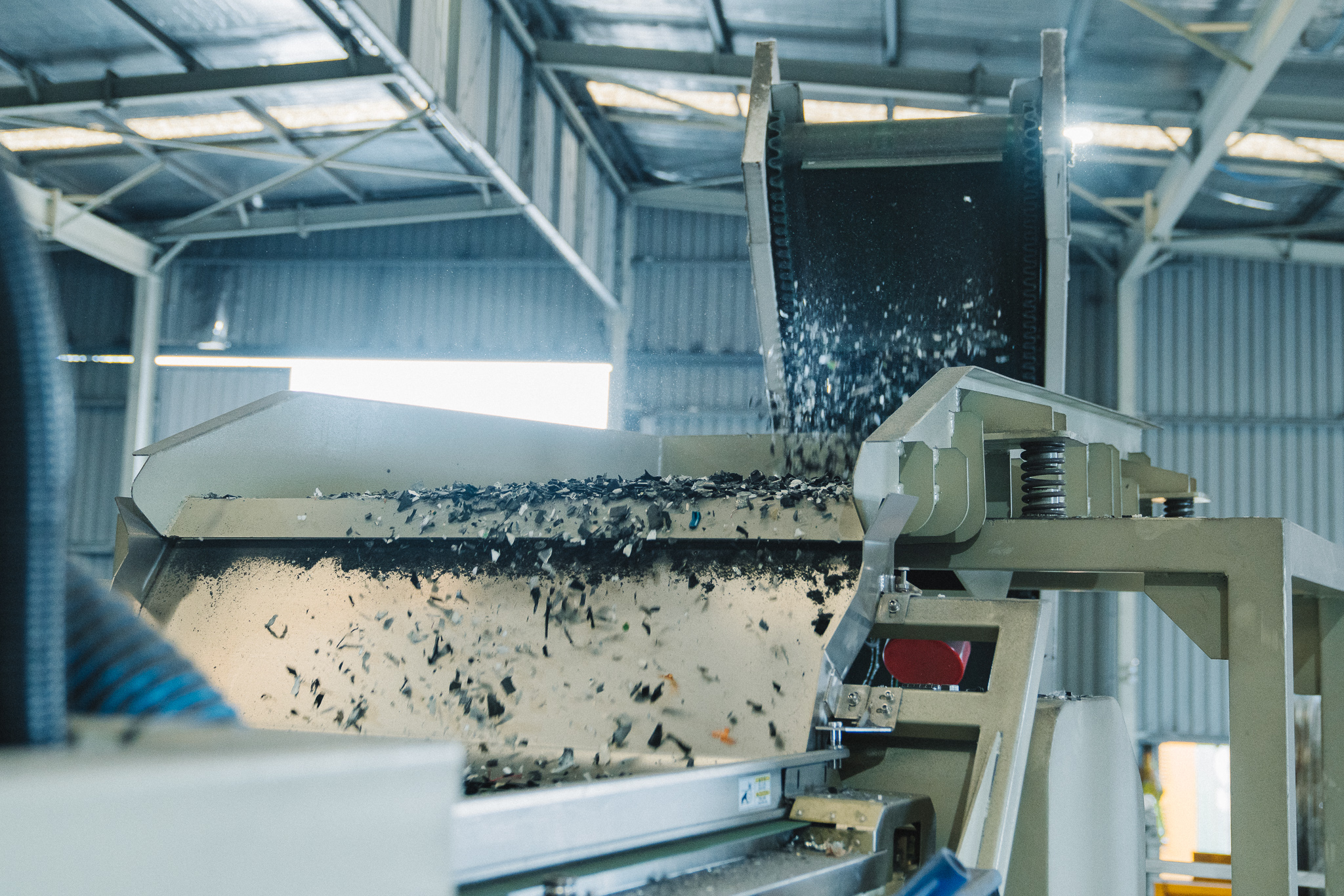 Circuit board recovery is done manually both at pre-sort and on our picking line. However, if one of our skilled pickers misses some circuit board (say for example it is hidden by another piece of material sitting on top of it) then the commodity passes through the back end of the plant and may end up in our plastic stream. That’s where the Optical Sorter comes in. 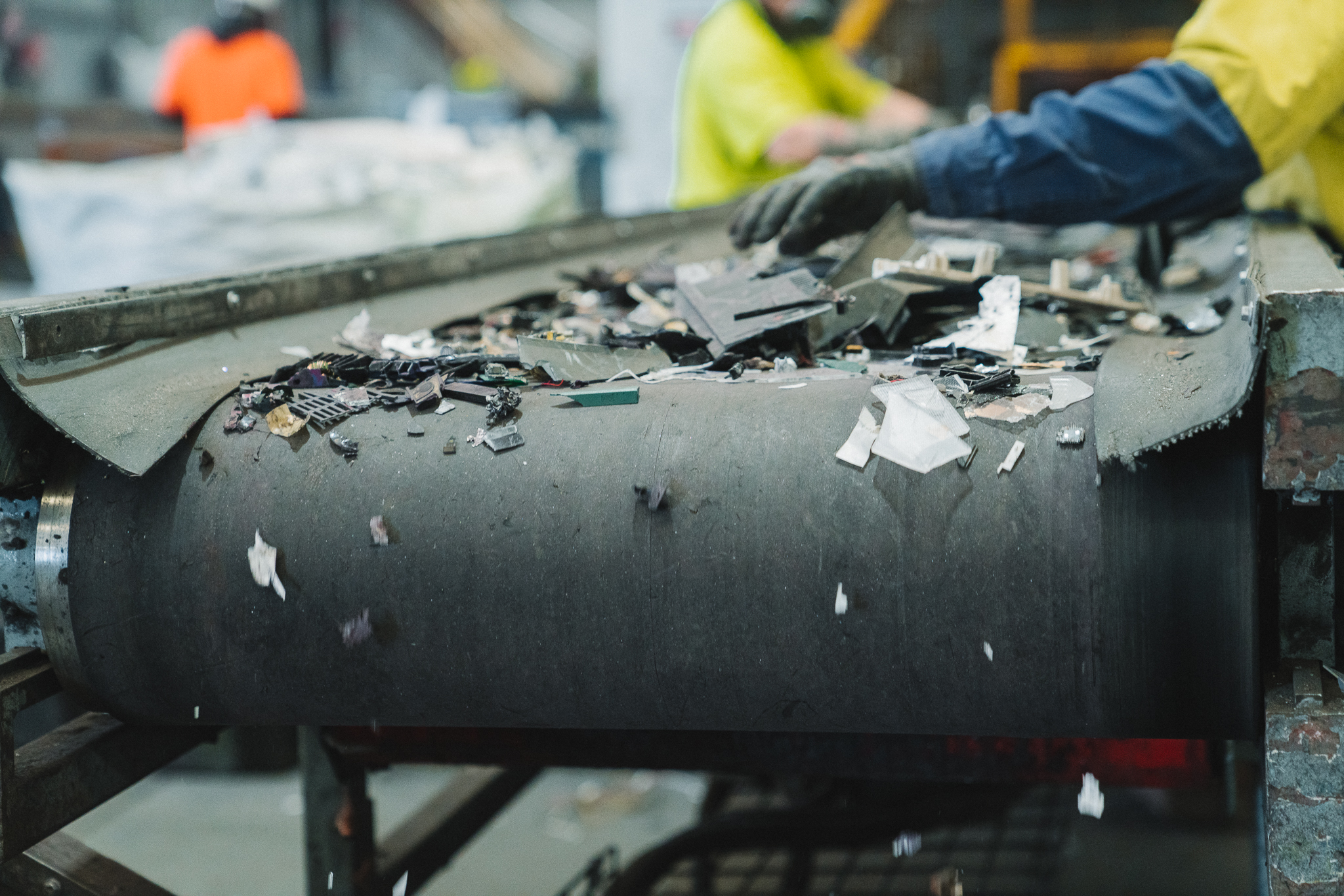 One of the workers on the picking line picking out contaminants

Our plant uses shredders, magnets, a hammer mill and an eddy current separator to break apart the large electrical items and sort them into the separate material streams. These material streams often have contamination in them. It can go through the plant more than once to get the material to as high a level of purity as possible, before sending it to our downstream vendors and returning it into the manufacturing industry.

The Optical sorter is yet another machine which increases the purity of our waste streams. 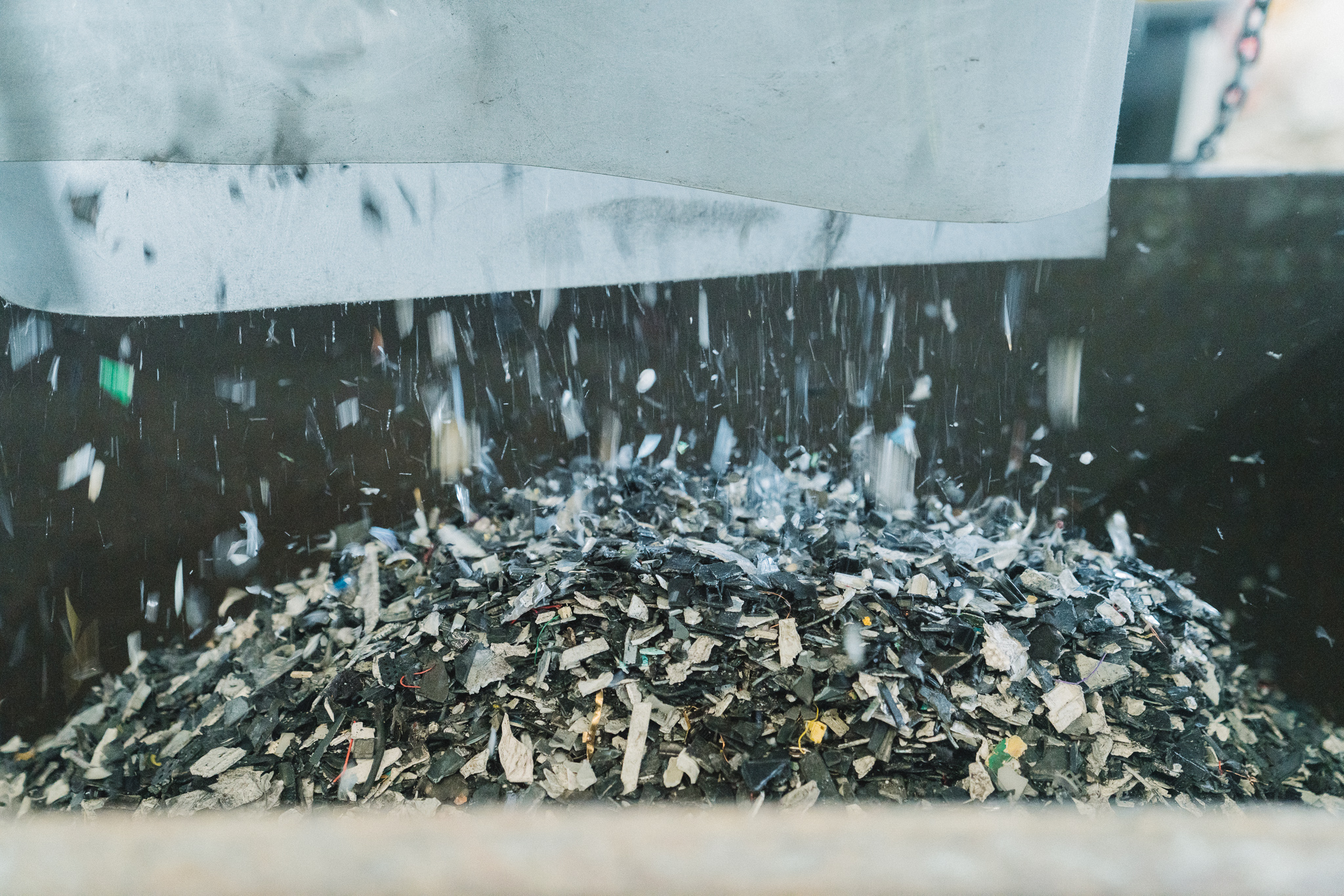 Plastic being sorted into it’s own bin with minimal contamination

How does the Optical sorter work?

It has four belts and eight cameras – two camera’s per belt. As the shredded plastic and circuit boards run through it, the camera’s pick out specific material and use jets of air to separate it into different bins.

The cameras have been programmed to pick out certain colours, based on the hue, saturation and brightness. Using these parameters the Optical Sorter is able to pick out what is plastic, and what is copper or other materials. 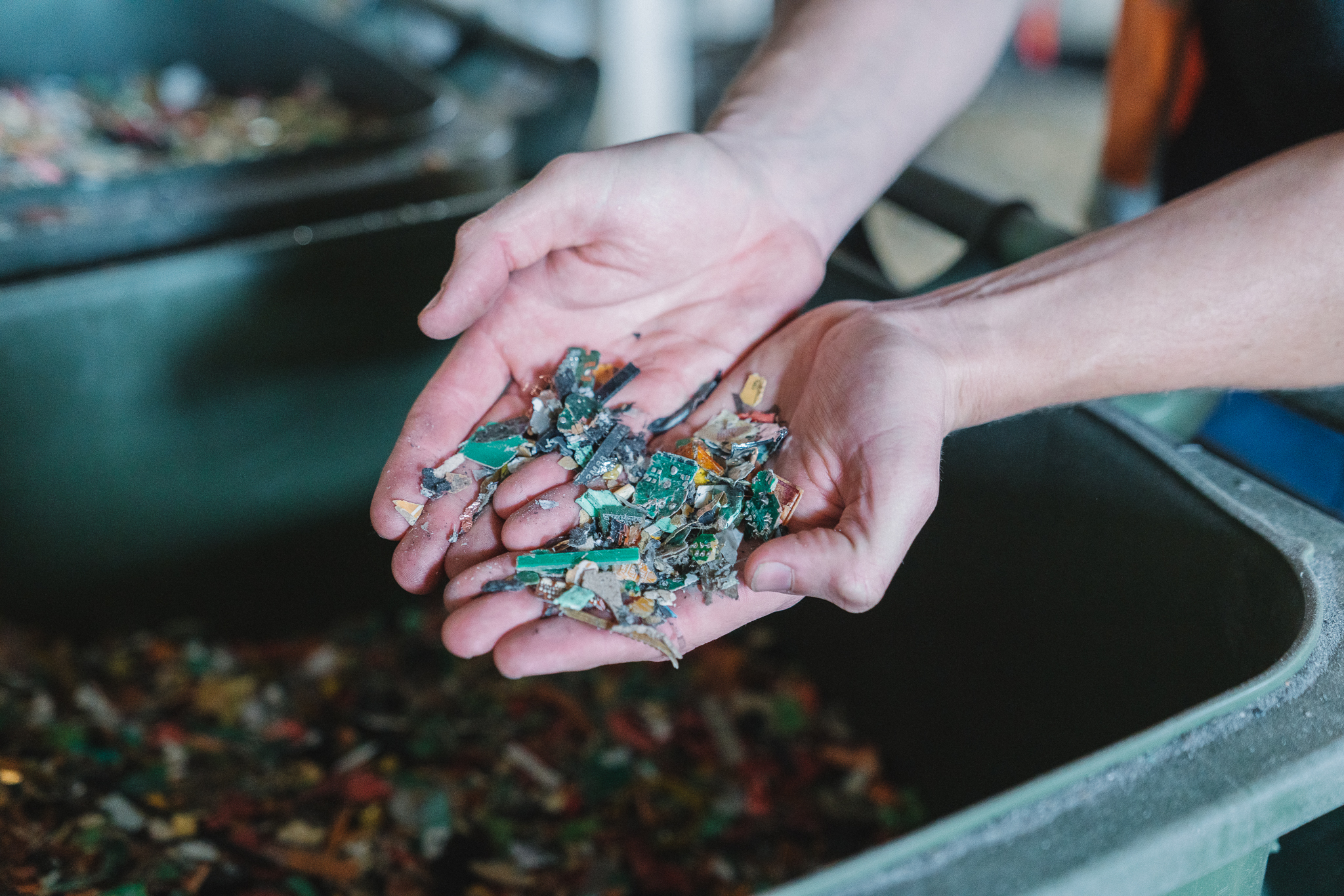 Circuit boards sorted into their own bin