We began testing old CRT computer monitors and extensively researching and developing a disassembly process for desktop computers. We also could see all the e-waste building up on the side of the road and believed there could be an opportunity in this if we could develop a recycling process. Several months later and whilst still completing our studies at university we developed a business plan. We then presented it to our father who generously provided a small amount of seed capital and we opened our first e-waste recycling facility, providing services to local councils across WA. 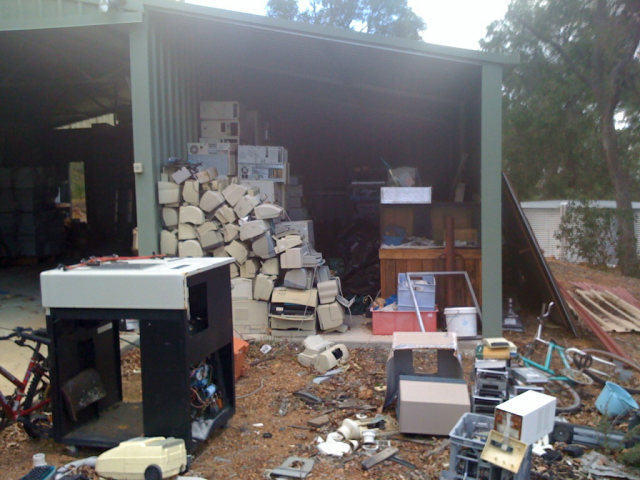 In October 2008 we bought a van and started collecting from small businesses and two councils in particular; The City of Bunbury and The City of Busselton. Those two councils gave us the kick-start we needed by delivering us 20-foot sea containers full of e-waste they had collected at their respective waste depots. We also started offering a small office collection service to businesses and were receiving about five small office pickups per month. After the first 12 months of operations, we had managed to collect just over 50 tonnes of e-waste.

After that first year, we soon realised that we would need a larger facility and much more space to handle the larger volumes required to make the business financially viable. We were losing money. Recycling fees we were charging were just too low and our costs were still too high. If we were going to make it work we needed to process much larger volumes. That’s when we changed our name to Total Green Recycling and moved from our cozy 400sqm facility in Bibra Lake to a much larger 1,000sqm shed in Welshpool. This also had some yard area to receive and store e-waste.

In 2011, Total Green Recycling received its ISO 14001 accreditation, which represented a major step forward in the company’s development. Just a year later we saw the introduction of the National Computer and Television Recycling Scheme, presenting even greater opportunities and further industry accreditation (AS/NZS 5377). It was during this period that we managed to solve two major obstacles faced by any serious e-waste recycler: how to responsibly recycle the leaded glass from the old CRT screens and how to recycle the e-waste plastic.

With a significant amount of trial and error as well as extensive research we developed a process for CRT glass tubes which recovers the metals, separates the leaded glass from the non-leaded glass, and achieves a very high rate or recycling and resource recovery. 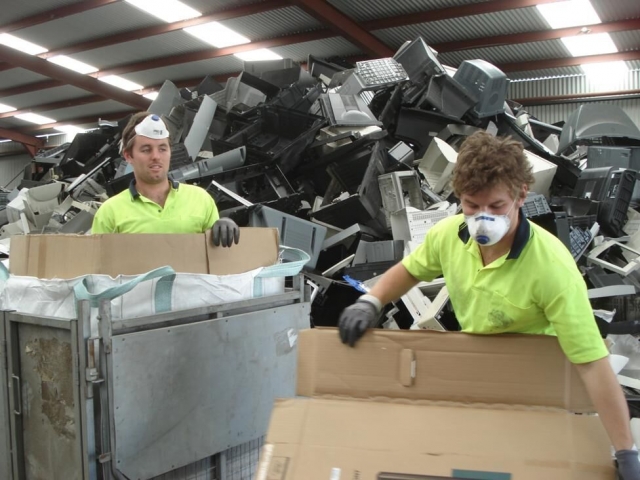 Recycling plastic and processing large volumes of mixed plastic from the disassembled carcasses from old televisions, printers and computers posed an entirely different set of challenges. However with determination, many long days and nights, and a number of trial and errors, we found our first solution. – We modified an old granulating machine which we picked up from an auction yard and rebuilt to handle large quantities of plastic. Up until this point, we had accumulated a 200 cubic metre stockpile inside the factory which was taking up around 500m2 of our much need floor space inside the shed. There was simply nowhere we could send it other than to landfill at the time.
Once we got the machine working we took turns working the night shift to slowly shred the entire stockpile. Then we started to export shredded WEEE plastic directly to buyers in China. In China, their large scale facilities were able to efficiently separate our plastic according to its density using an advanced flotation system. Once separated, the majority of this plastic could then be recycled into new products. 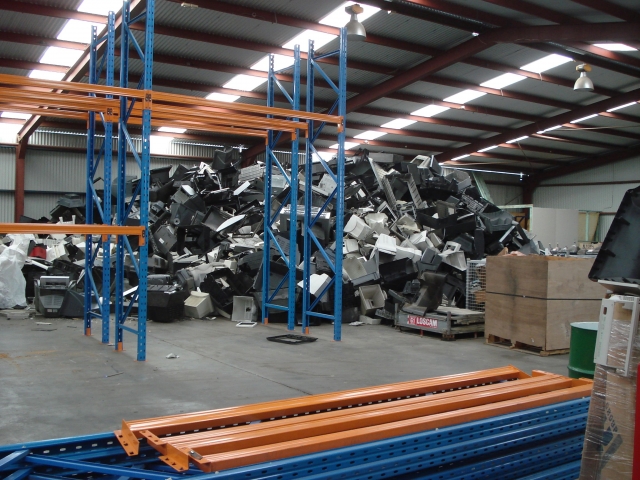 A few years later we purchased a brand new 70T baler for around $100K which enabled us to bale the larger plastic pieces directly off the production line and achieve a higher price for the plastic that is suitable for baling.

With operations growing gangbusters by the day, we once again needed to relocate to an even larger site in Welshpool. (1,600 m² + 1000 m2 of yard space) Volumes continued to grow and pretty soon we were running double shifts during the week as well as working shifts on Saturdays.
Up until this point, the business was struggling financially and had accumulated a large amount of debt by continuing to borrow money to support our growth. Without the ongoing support and commitment from our family, we would have surely failed in our endeavor well before it ever got close to succeeding. 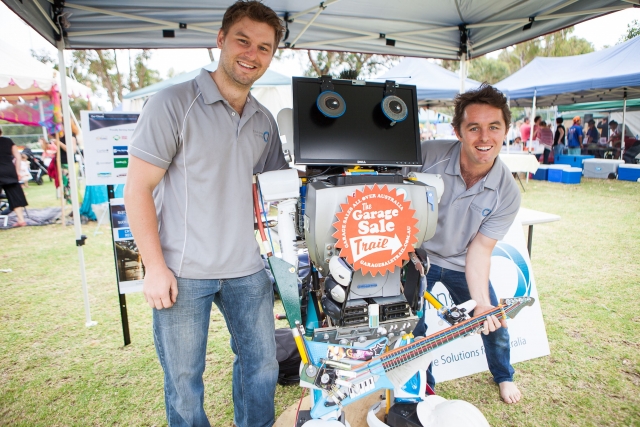 Perhaps one of the most important steps in the evolution of our business was when the City of Stirling came on board in 2010. The team at Stirling were seriously committed (and still are) to recycling as much e-waste in their council as they could collect and they quickly became our largest client. With their support our collection volumes began to spike up over 1,000 tonnes per year. That really helped push our volume up to a commercially viable level which put us on the map in WA as a legitimate e-waste recycler.

A new kind of challenges began to emerge as our volumes continued to grow and as e-waste gradually grew in its complexity. Flatscreen televisions started to replace the old bulky CRT screens which we had built our business on. We were faced with the enormous challenge of somehow investing and installing some kind of expensive machinery to handle this labour intensive waste stream or we would soon be out of business. Labour costs were projected to skyrocket.

3 years later we had designed, purchased and commissioned WA’s first semi-automated and modular e-waste recycling plant. Consisting of a series of large shredders, belt magnets, vibrating screens, picking lines, large high-speed eddy current separator and extensive dust extraction system. The installing of the plant was a tremendous learning experience which pushed us into the deep end again, costing us more than $1 million. All said and done.

However, the story doesn’t stop there. Recognising the increasingly important nature of data security, Total Green began evolving their services in IT asset management and secure data destruction. We are now offering businesses, government and the community a new way to manage sensitive data and safely dispose of hard drives.

Fast forward 10 years to today and Total Green is leading the way in providing complete sustainable e-waste solutions in WA.

In 2018 we recovered 2356 tonnes of e-waste which accounts for 500,000 items diverted from WA landfills. We also successfully recovered, wiped and refurbished over 50,000 items through our Asset Management business unit and our team has grown to 40 FTE staff. Over 100 people toured our facility in 2018 to learn about e-waste recycling including the minister for environment Stephen Dawson, several mayors and councillors from WA.

In February 2019 we officially launched a campaign to ban of e-waste from WA landfills by 2020.

You can follow our latest progress or learn about our vision and mission for the exciting years to come.