On Sunday the 20th of March, Total Green Recycling assembled a team to participate in the HBF freeway Bike Hike.

A bike ride that measured a massive 60km, from Kwinana Train station all the way up to the City of Joondalup. 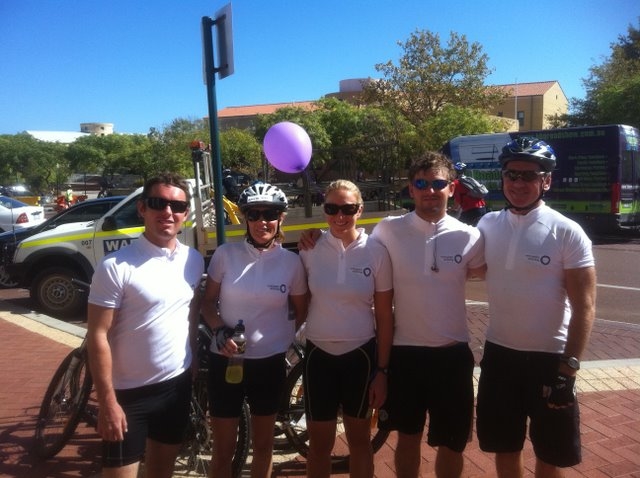 Total Green Recycling entered a team of 5 and raised $300 towards the Asthma foundation WA, the money will go towards Asthma treatment and research.

The day began at 6:55am but it was over rather quickly with Michael Coghill, Company Director, finishing first (for the team) with a time of 1 hour and 37 minutes. The rest of the team followed closely behind with the last member coming in at 2 hours and 20 minutes.

It was a fantastic effort for the entire team, they thoroughly enjoyed the day and are hoping to participate again next year.