Our current estimate is that there are now over 100 million panels installed on roofs around Australia and that many of these will soon be reaching their end of life. With far more solar panels on Australian rooftops than there are people in the country, the recycling of solar panels will become a more pressing issue in the years ahead.

Solar panels are meant to last for about a quarter of a century, some brands promise up to thirty years. This means the first-generation of solar panels from the 1990s is approaching the end of its useful life. Most of them will inevitably start failing well before their “warranty period” is up. This leads to a large number of panels coming off the roof due to damage or for a variety of other reasons such as power loss, optical failure and glass breakage. 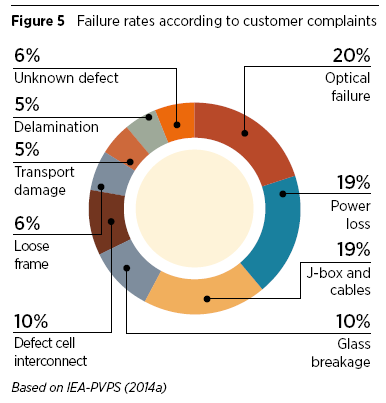 So should Australians recycle or landfill solar panels?

Total Green Recycling is investigating the interest from WA residents and the solar industry to recycle old and damaged solar systems.

Why landfilling is not the best idea

Most photovoltaic (PV) solar panels consist of an aluminium frame surrounding an array of smaller PV cells that make up the complete ‘solar panel’. These PV cells are typically made from ceramic material and combined with a variety of silicon, plastics and ceramic materials constituting the actual solar cells themselves, some of the connecting ribbons and conductive contact materials also contain Silver (Ag): 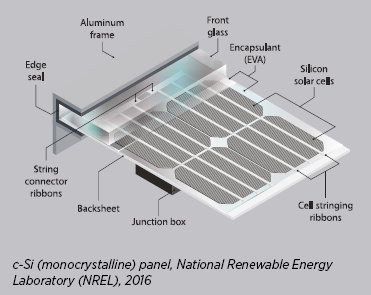 These silicon solar cells generally also contain a mixture of heavy metals, such as lead and cadmium, which can potentially contaminate the environment and can degrade soil and air quality, when released through landfill or open burning. Some hybrid solar cells contain rare elements such as indium and gallium. Loss of these rare earth elements through indiscriminate disposal could result in permanent depletion of these substances in the future.

Our director Michael Coghill says: “This is another example of ‘Green’ industry cover-up as the solar industry definitely doesn’t want to look bad, however with so many panels starting to come off the roof there is a real need to find recycling solutions for this emerging new form of renewable energy waste.

We expect to see new Product Stewardship legislation to be introduced at some point over the next few years, however without the recycling industry and infrastructure established to handle so many solar panels the reality of a sustainable solar panel recycling industry for Australia could still be years away.”

Of the total of hundreds million panels, we expect around ten (10) million panels sitting on the roofs of Perth. This may result in as much as 500,000 panels having to be pulled off Western Australian roofs over the next year or so. Our preliminary research suggests that a reasonable percentage of those panels are still functional and it, therefore, does not make any sense to send them to landfill.

We have been exploring options and processes to decommission, test, refurbish and recycle used solar panels, inverters and batteries. It is a very similar process that we employ in our computer recycling process. So we have a unique opportunity to leverage off of our existing infrastructure and supporting processes to add solar recycling to our range of technology recycling capabilities.

A sustainable solar panel recycling industry for Australia could still be years away.

Please comment underneath or let us know your thoughts, ideas or if you know of anyone who’s planning to recycle these.

And the solution going forward?

We think shifting the solar industry approach from one-off selling game to a renting packaged solution is the way forward. It’s already happening across many other industries – Ikea is set to start leasing furniture. A similar change has been observed in other industries too.

While solar panels are an overall better solution than the alternative fossil fuel power as a power generation source we must ensure they are properly managed at the end of their lives.

It is becoming increasingly common for businesses to rent rather than own electronic devices such as printers. It provides them with the flexibility to keep up with fast-changing technology and easily swap to newer technology without having to worry about how to get rid off hundreds of old machines.

That way solar panels could be repaired, exchanged and responsibly recycled by the original equipment manufacturer.

A win-win solution for everyone. Don’t you think?